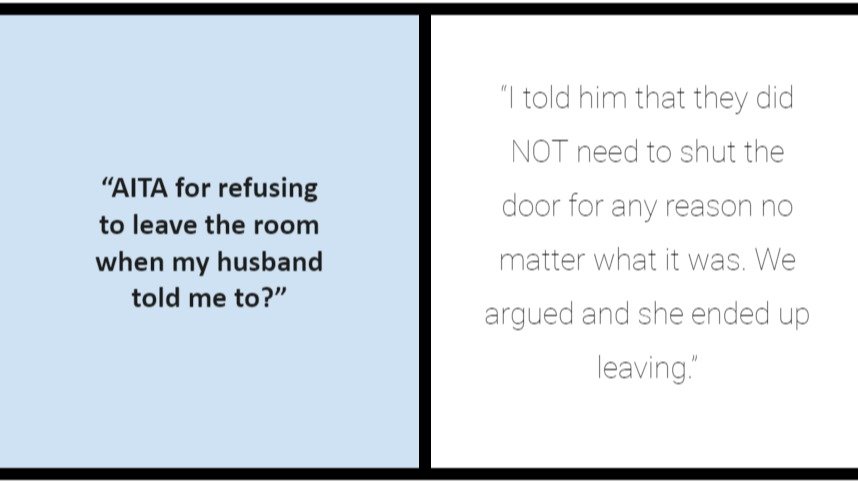 Boundaries in relationships play a huge role in seeing to their success. Be it boundaries among lovers, parents, kids, friends, and siblings, they are a thing to be highly respected. However, there could be exceptional situations where emotions take over and the boundaries become blurred.

A Reddit user who felt her boundaries were violated after a recent occurrence with her spouse opened up in the AITA section and asked for the opinions of other users.

Lizzo Sends 2022 Emmy Dress On Request From A TikTok User

She Was Sad For Days And Decided To Visit The Couple 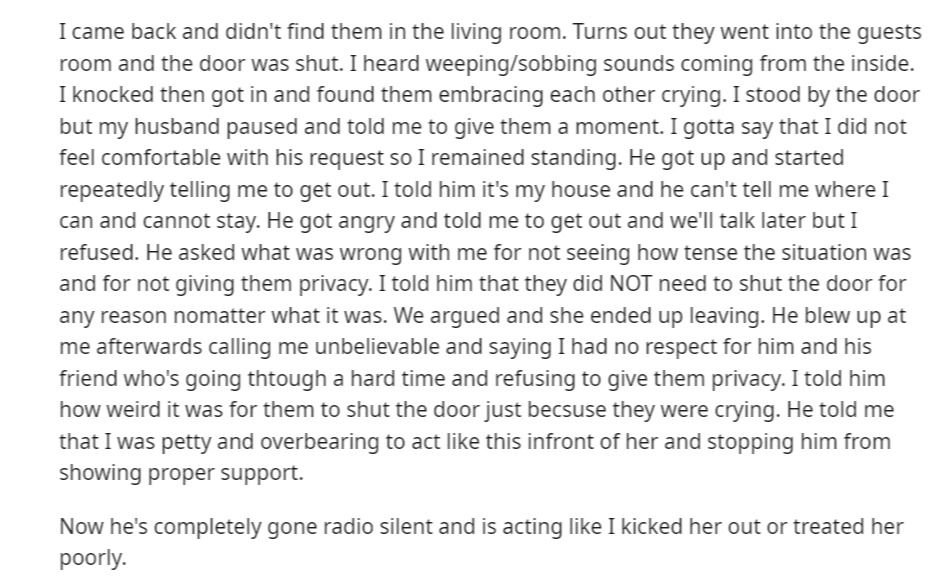 Things Went Awry During The Visit 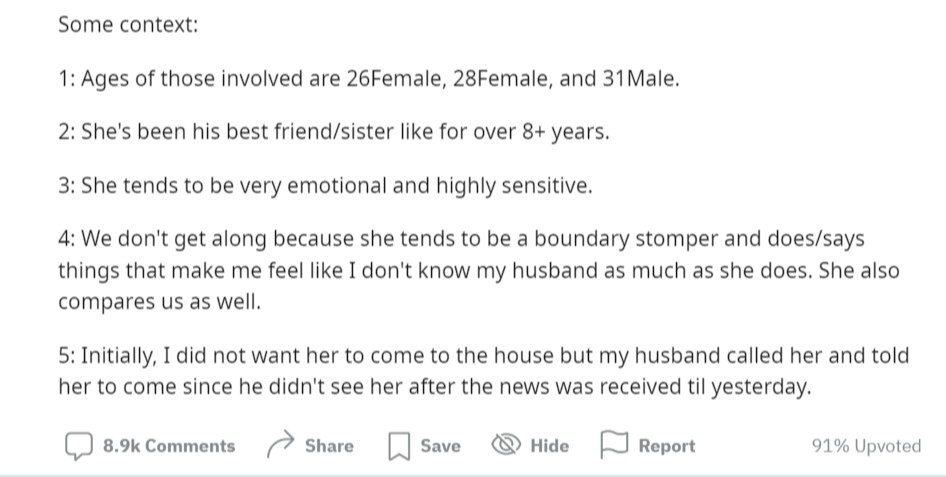 The OP Was Uncomfortable

The Redditor’s issue with her spouse started after his female best friend came visiting while seeking solace. Leading up to the day she visited, the lady received some news about her dog’s cancer and had been dealing with the sadness. The narrator explained that during that time, her spouse made sure to check on his best friend every day, calling her to make sure she was fine.

She eventually decided to visit the couple. After getting there, the OP’s spouse asked her to get his friend a glass of water, and when she returned the pair was nowhere to be found. She soon discovered the duo moved to the guest room for some privacy but felt it was inappropriate. When she got there, the door was shut, but she could hear soft noises and sobs.

The OP shared that she wasted no time opening the door and this deeply displeased her spouse. She explained that she found her husband and his best friend holding each other and crying. He then stood up and asked her to leave, which she refused. The Redditor’s spouse insisted that she left, but she did not budge. Eventually, the situation became so sensitive that the couple got into an argument. The OP noted that she told her spouse that she would not leave because it was her house and she didn't think it was okay for the both of them to be behind closed doors.

Ultimately, her husband’s best friend left the house, and he continued to berate her. He went off as he accused her of disrespecting him and his best friend. The OP stated that her husband described her as unbelievable, petty, and overbearing. He also accused her of not letting him show proper support to his friend.

According to the Reddit lady, her spouse has refused to speak to her since that day as he keeps acting like she treated his friend poorly. She included some backstories of her relationship with her best friend, noting that the lady constantly disrespected her boundaries and said things that made her feel inadequate as a wife. She added that her husband’s best friend was also always comparing them, and all these made their relationship somewhat strained. Here’s how other Redditors reacted to the story:

The OP's Spouse And His Best Friend Made A Wrong Move

Boundaries Are Not To Be Crossed