Kate Hudson Leaves Everyone Breathless In A Sheer Dress

Halloween came early for Oscar-nominated actress Kate Hudson who stunned in a black see-through Oscar de la Renta dress at her latest movie premiere. 2022/2023 is about to be a busy movie year for the 43-year-old as she's featured in two of the most anticipated releases of the year - Glass Onion: A Knives Out Mystery and Mona Lisa and the Blood Moon.

Hudson attended the premiere of Mona Lisa and the Blood Moon last week, a day ahead of its September 30 release in selected theaters. 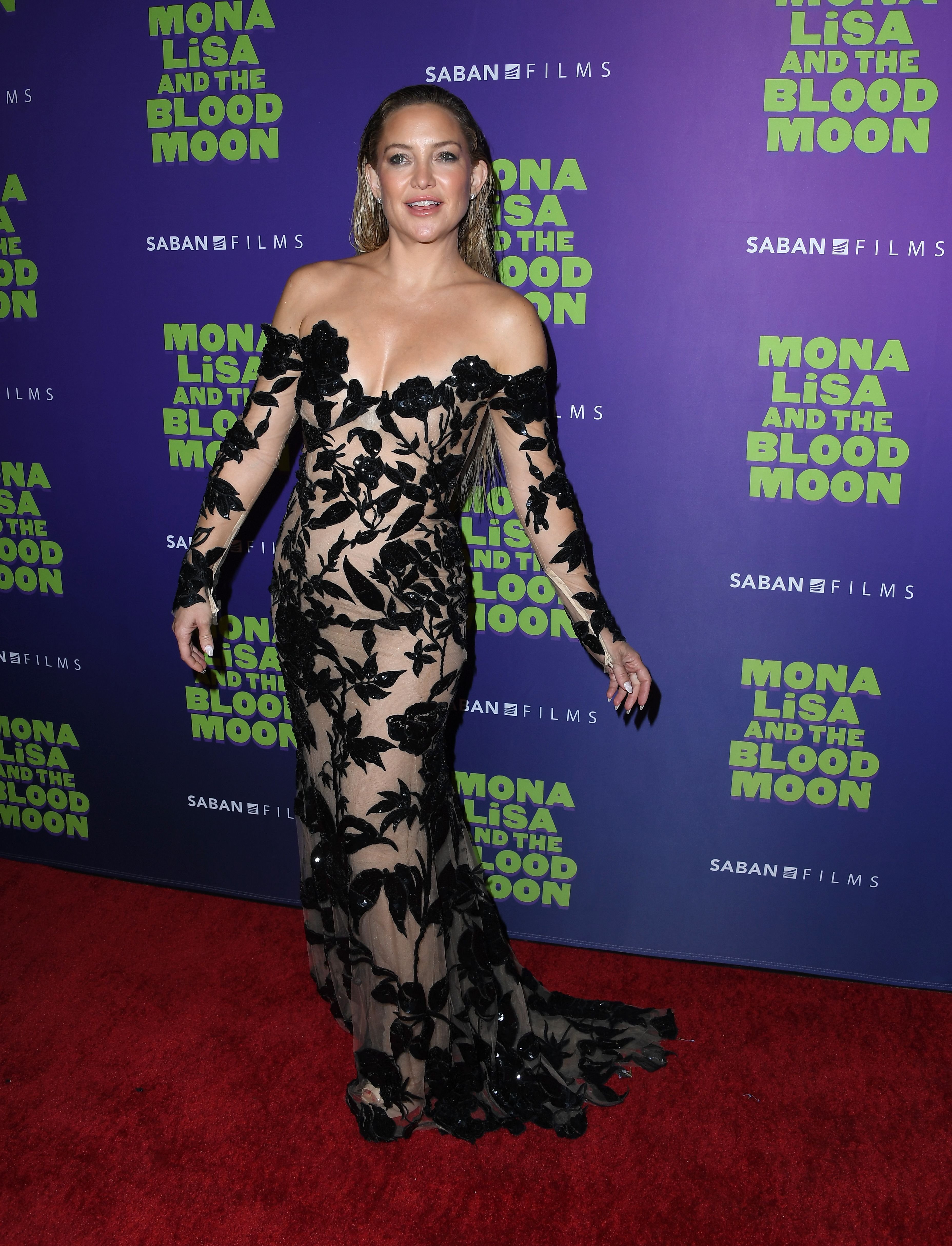 Hudson stunned onlookers in her jaw-dropping ODL dress as she embodied Halloween in the modern gothic style. The floor-length gown was a black floral lace number with a skin tone lining designed with a sweetheart neckline, long-sleeve, and short train tail.

She wore her blonde hair in a sleeked wet look reaching her back and kept her accessories simple with stud earrings only. Hudson stood tall in nude platform high stiletto sandals completing her modern-gothic look. 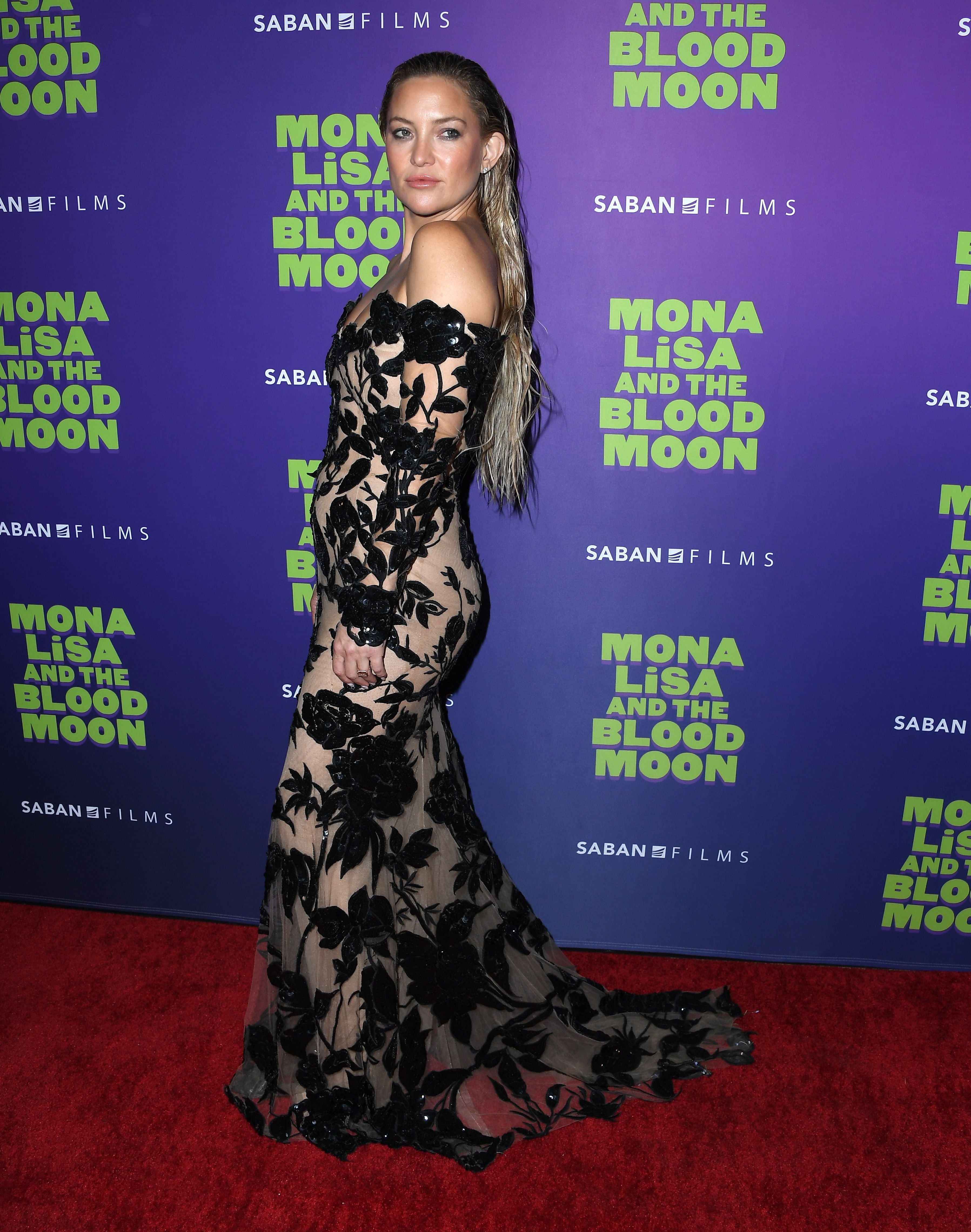 The noir floral vine sequin dress is part of Oscar de La Renta's 2023 Pre-Spring collection and is now available for purchase on its website. A style breakdown on her stylist's socials revealed that Hudson's shoes were Giuseppe Zanotti.

Stepping out of the house helped take her mind off the departure of her son Ryder who's attending college for the first time. The duo is so close that the actress is finding it difficult to adjust to a life without him close by.

'Mona Lisa And The Blood Moon' 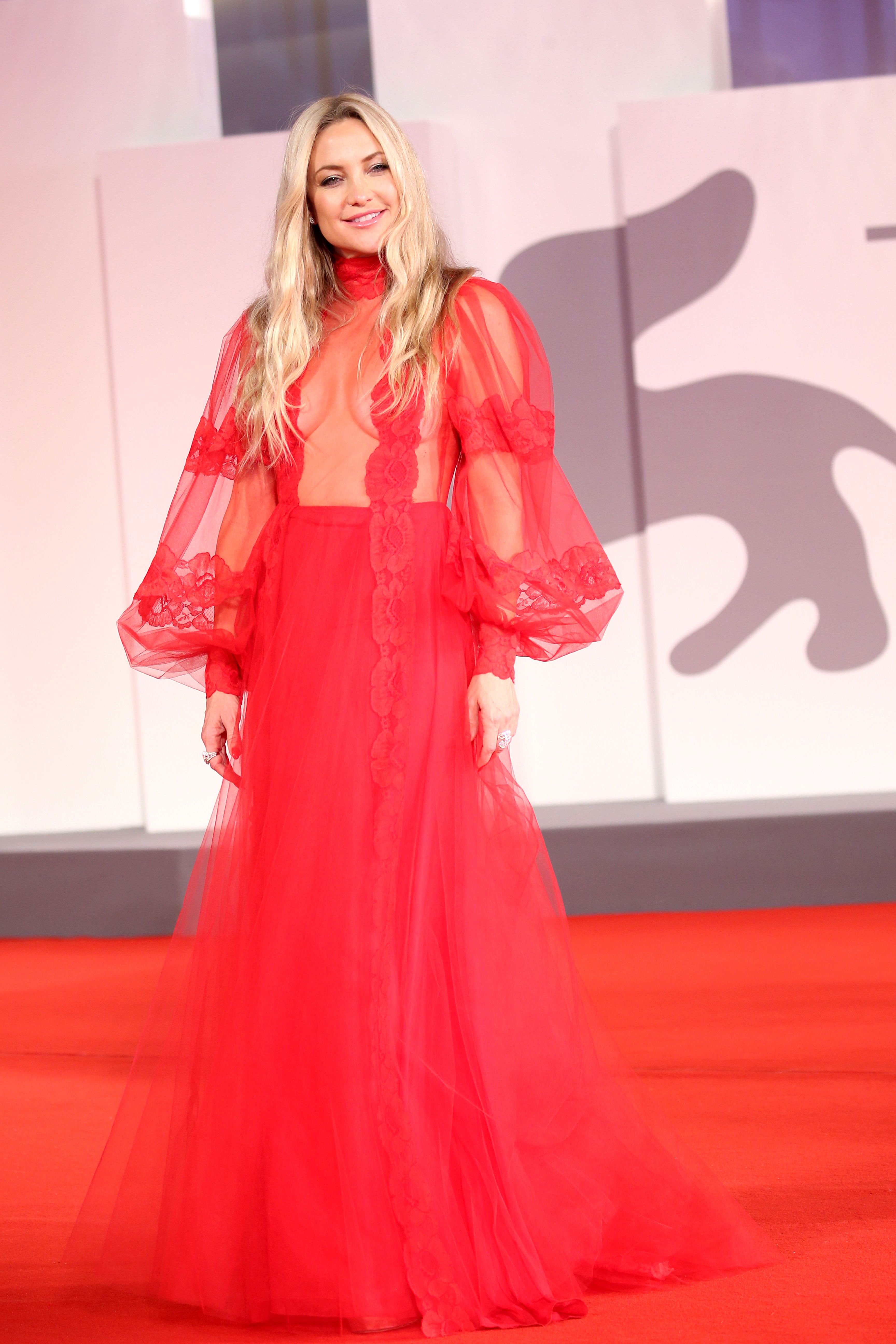 Mona Lisa and the Blood Moon already has more than average ratings across the board with 75% on Rotten Tomatoes, 6.2/10 on IMDb, and 69% on Metacritic. Although the movie came out and originally premiered at the 2021 Venice Film Festival, its re-release in selected theaters is well received with an approval rating of 83% on Google.

'Glass Onion: A Knives Out Mystery'

Hudson would is also part of the ensemble cast in the much-anticipated Glass Onion: A Knives out Mystery set to hit Netflix this December. The role she eventually played was coveted amongst comedic actresses of her caliber, including Kaley Cuoco who was gutted that she lost to Hudson.