'A Fully Committed Psychopath': The Female Serial Killer Who Murdered Men For Entertainment 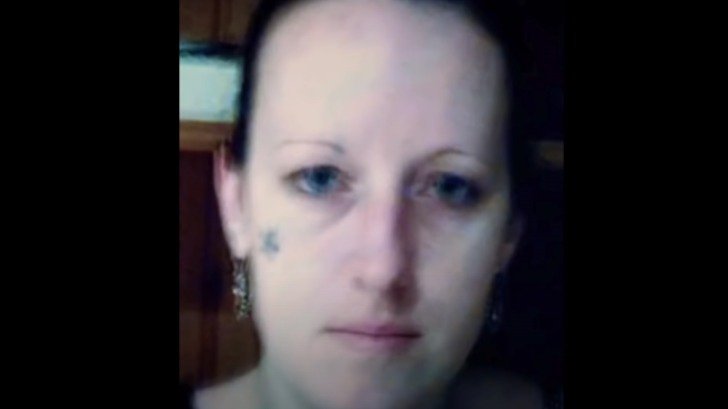 Female serial killers are rare, yet one gripped Cambridgeshire, England, in March 2013 with a string of murders known as the Peterborough ditch murders.

Joanna Dennehy's actions lead her to become one of only two women in Britain serving a whole-life prison term.

Joanna Dennehy Stabbed All Three Of Her Male Victims Who Died

All three men died from stab wounds and were discovered dumped in ditches outside Peterborough. In Hereford, two other men were stabbed, but survived. The killer was discovered to be Joanna Dennehy of Cambridgeshire.

The first victim was Kevin Lee, a property developer, landlord, and lover of Dennehy. The 48-year-old lived in Fletton, Peterborough, with his wife Christina and their two children. Lee later employed Dennehy as a decorator. Before his death, he confessed to his wife that he was having an affair with Dennehy which he promised to end.

The second victim was a Polish national named Lukasz Slaboszewski who met Dennehy through their shared habits of drinking and drugs. He believed that Dennehy was his girlfriend. She lured him to a property with suggestive texts, then stabbed him through the heart. Dennehy stored his body in a bin for several days before dumping it in a ditch.

The last victim was John Chapman, a 56-year-old housemate of Dennehy. Dennehy used a pocket knife to stab him once in the neck, killing him.

Slaboszewski was killed at some point between March 19 and 29, 2013, and the two other men were killed on March 29.

Dennehy Went On To Stab Two Additional Men Who Survived

The bodies of Slaboszewski and Chapman were found on April 3 by a farmer who was working in the area.

After the killings, Dennehy's accomplice, Gary Stretch, drove her to Hereford where she stabbed two men randomly nine minutes apart because she was excited about the manhunt going on for her.

Their names were Robin Bereza and John Rogers. They both survived the unprovoked attacks and did not have any previous ties to Dennehy or clear reasons for why they specifically were targeted by her.

Dennehy had two young children at the time of the murders, but she was not involved in their lives. She was raised in a stable home and authorities say she did not suffer any trauma or events that would explain her actions and hatred for men. She said she carried out her horrific attacks to gratify her 'sadistic love for blood'.

She specifically targeted men during her killing spree, telling her acquaintance Lloyd that she did not wish to kill a woman and especially not a woman with children. Lloyd stated Dennehy had wanted to kill nine men in total, but she was caught before she had the chance to carry out all of her terrible wishes.

In November 2013, Dennehy pleaded guilty to all three murders and two further attempted murders. Psychiatrists who assessed her during the trial diagnosed Dennehy with psychopathic, anti-social, and borderline personality disorders.

Dennehy was sentenced to life imprisonment. Dennehy, now 39, was engaged to another criminal, Hayley Palmer, while they were both behind bars.

The pair both were incarcerated at the privately-run HMP Bronzefield in Middlesex, but they split after being moved to separate prisons. Palmer is now released from prison and recently spoke with The Sun, claiming that Dennehy promised him that he has "a fully committed psychopath.”