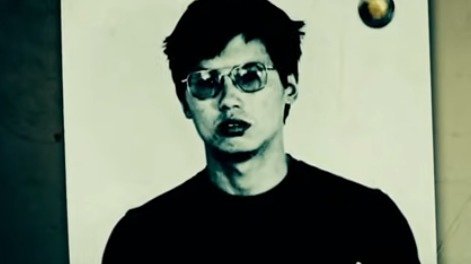 Thirty-seven years after their terrifying crime spree, authorities are still trying to identify the remains of some of the victims of Charles Ng and Leonard Lake, and the courts are still returning to the case.

The California Supreme Court Upheld The Conviction Of Charles Ng

The California Supreme Court this week upheld the conviction and death penalty for Charles Ng. He was one of two men responsible for at least 11 horrific murders in the mid-1980s that shook the nation and was the most expensive trial in California history at the time. Ng continuously delayed the trial, arguing that he should be able to defend himself and firing his attorneys.

Charles Ng and his accomplice Leonard Lake hid their victims in a secret bunker in the Northern California woods.

Charles Ng Was Convicted Of Murdering 11 People, Including Two Infants

Ng and Lake kidnapped their victims and then took part in bondage and sadism before finally committing murder. They were initially suspected of killing up to 25 people, though authorities say they have not found evidence supporting that.

"This is one of those stories that's been passed down through time in this community," said Calaveras County Lt. Greg Stark, whose father worked for the department at the time of the slayings. "There's been wild estimates, and there's been conservative estimates, and honestly I don't think anybody will ever know due to how they were disposing of the bodies."

Ng and Lake held their victims in a fenced compound about 150 miles east of San Francisco in the Sierra Nevada region. The bunker-type rooms had just a bed covered with a foam pad, a plastic bucket, and a roll of toilet paper.

The victims included at least two families: Lonnie Bond, Brenda O'Connor, and their infant son, Lonnie Jr., who were Lake's neighbors; Harvey Dubs, his wife Deborah, and their infant son Sean. Ng and Lake also killed relatives who showed up looking for their missing loved ones.

Lake committed suicide by taking a cyanide capsule after police arrested him and Ng for shoplifting in San Francisco in 1985, and he felt they were on to him regarding the many killings. At the time, police had not yet found any bodies.

Ng managed to flee to Canada after the San Francisco incident. But was eventually arrested again for shoplifting and shooting the store's security guard and was eventually sent back to the United States to face the charges related to the murders.

Investigators Found Tons Of Evidence, Including Bones, Teeth, And A Diary Kept By Lake

Investigators spent weeks scouring the property for evidence and found bones, blood-stained tools, and Lake's 250-page diary. They also found buried teeth and bone fragments throughout the property. Many of the bone fragments had been burned.

Officials even found video footage of Ng torturing the victims himself.

"You can cry and stuff, like the rest of them, but it won't do any good. We are pretty…cold-hearted, so to speak," Ng told Brenda O'Connor in a taped footage while cutting off her clothing with a knife as she begged for him to spare her family members, including her child.

Gov. Gavin Newsom has imposed a moratorium on the death penalty, and Ng still has the possibility of other federal appeals, so it is unclear what impact the ruling will have on his case.